WikiLeaks has released European Commission documents which show ‘hard-right US politicians’ orchestrated an ‘extrajudicial’ banking blockade against the whistle-blowing site. 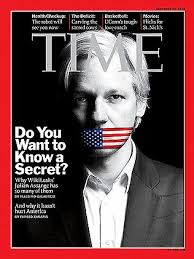 In the heavily redacted documents, MasterCard Europe “admits” US Congressmen Joseph Lieberman and Peter T. King were involved in conversations with MasterCard in the United States, WikiLeaks said Tuesday.

Lieberman, then-chair of the Senate Intelligence Committee, also allegedly boasted of inciting Amazon to cut its services to WikiLeaks, the group claims.

Benjamin Franklin wrote in”On the Freedom of the Press”

This Nurse of Arts, and Freedom’s Fence,
To chain, is Treason against Sense:
And Liberty, thy thousand Tongues
None silence who design no Wrongs;
For those who use the Gag’s Restraint,
First Rob, before they stop Complaint.

Military documents (pdf) obtained through a Freedom of Information Act request and posted online by Wikileaks show that the US government has designated the whistleblower website and its founder Julian Assange as “enemies of the state”—the same legal category as Al Qaeda and other foreign military adversaries.

For more on this story, visit: US Designates Wikileaks “Enemy of the State” | Common Dreams.