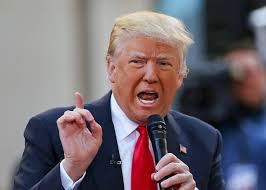 Reality Check: So the New York Times, one of the oldest newspapers in the world, is telling its readers that “Mr. Trump promised to dismantle parts of the government and certain legislation if elected.” They’re creating a list of things Trump said during his campaign and feeding it to their readers to ponder. Seriously? Why? Do they not know that EVERYONE LIES TO GET ELECTED??? Why are they feeding us a list of lies to ponder? Why are they wasting their time and ours on this Bullsh#$%???? So we can hold him accountable? Please.