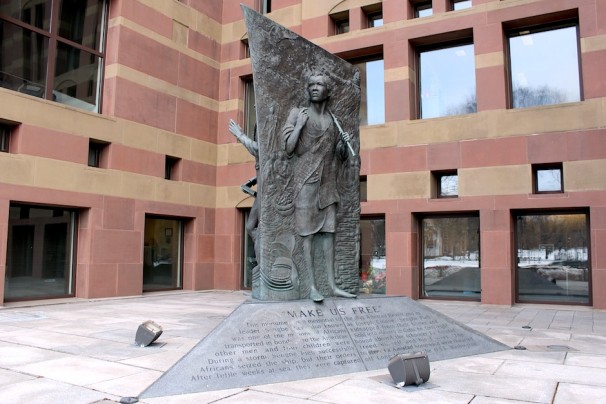 Earlier this month, Connecticut Congressman Joe Courtney caught a big blunder in the new film biography of Abraham Lincoln. One scene shows states voting to ratify the amendment abolishing slavery, with Courtney’s 19th century Connecticut congressional counterparts heard voting against the 13th amendment when in fact all four of Connecticut’s congressmen at the time voted in favor of it.

The error seems especially odd to Connecticut audiences, since the director of Lincoln, Steven Spielberg, also directed the only major film made about the Amistad.