For the past six years, photographer James Balog has deployed dozens of time-lapse cameras around the world to chronicle one of the starkest examples of global warming — melting glaciers. In a photo gallery and interview with Yale Environment 360, Balog displays his work and discusses his passion to capture these vanishing landscapes. 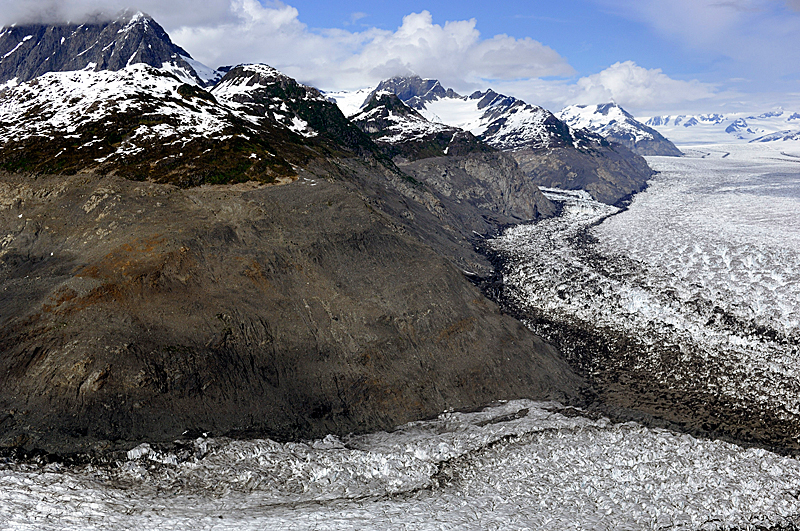 The extraordinarily rapid retreat of Alaska’s Columbia Glacier is captured in this photograph. In the 1980s, ice filled this valley up to the dark vegetation line. But since then more than 1,200 vertical feet of ice have melted, exposing the dun-colored rock once covered by the glacier. The Columbia Glacier has retreated 10 miles over the past two decades. Photo courtesy of James Balog

For more on this story, visit: A Quest to Document Earth’s Disappearing Glaciers: e360 Gallery.