One country refused to bail out its derelict banks and slash social spending amid the financial crisis. And guess what? Unlike the eurozone and the United States, it’s making a sturdy comeback. 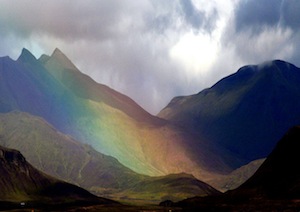 Iceland’s stock market plunged 90 percent in 2008. Inflation reached 18 percent, unemployment shot up ninefold and its biggest banks failed. This was no recession. It was a full-blown depression.

Since then, the country has steadily improved. By September of this year, it repaid its IMF rescue loans ahead of schedule. Unemployment dropped by half and its economy will have grown by roughly 2.5 percent by the beginning of 2013.

So what’s Iceland’s secret? According to the editors at Bloomberg News, it’s a refusal to do what virtually every other nation that was pummeled by the crisis did: adopt policies of economic austerity.