ADDIS ABABA, 20 November 2012 (IRIN) – For the past three years, the ChildFund Alliance, a coalition of development and protection NGOs, has surveyed thousands of children around the world about their experiences, aspirations and concerns. 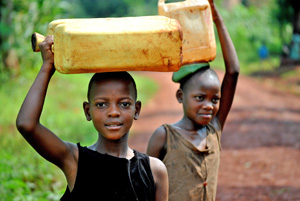 Highlights of the third survey – of 6,204 children between 10 and 12 years old in 47 countries – were released on 20 November, revealing:

50 percent of respondents in developing countries, would, if made president, focus on better education to improve the lives of other children.

25 percent of respondents in developing countries would provide for basic needs such as food, clothing and shelter.

46 percent of the African children surveyed said they had experienced a drought.

10 percent of children in developed countries had experienced drought.

44 percent of children surveyed in Africa said they had experienced a bush or forest fire.

5 percent of children in developed countries said the same.

67 percent of children surveyed in Ghana said they would like to grow up to be doctors, nurses or dentists.

43 percent of children in developing countries said they would like to become professional athletes, artists or entertainers.

43 percent of children in Sierra Leone say death, illness and disease are their greatest fears.

For more on this story, visit: IRIN Global | In Brief: Children’s hopes and fears surveyed across the world | Global | Children.

I thought this was an inspiring story about the survival of children and I particularly liked this quote:

Nutrition and health are inextricably linked: children are more prone to sickness and death if they are malnourished, and vice versa.

… Niger is a land-locked country that straddles the Sahara Desert and the savannah just to the south, known as the Sahel. For most Nigeriens, daily life presents many challenges and struggles. The country has been through three food emergencies in the past six years, and this in a country where the vast majority of its 16 million people work the land to make a living. In 2010, almost half the country’s population received some type of short-term economic support in the form of food distribution or cash transfer, and this year the same help is going to about one quarter of all Nigerians. 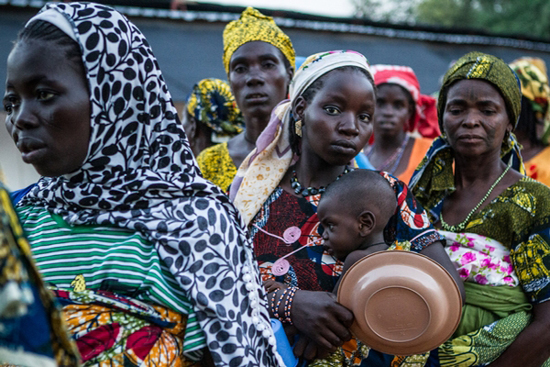 … But among all this hardship, Nigerien politicians and health professionals are making remarkable progress in child survival. Despite being ranked near the bottom of the UN Development Index, child mortality rates in Niger are in free-fall and dropping twice as fast as its bigger, wealthier neighbor Nigeria. Even with serious economic woes, child malnutrition rates are actually improving. This flies directly in the face of the conventional wisdom that suggests improvement in health indicators only follows economic growth.

… If Nigerien leaders and the numerous international and national nongovernmental actors are up to the task, who knows how fast this child survival epidemic can pick up speed.

Dr. Susan Shepherd is a pediatrician from Butte, Montana. She has worked for MSF for the last six years and coordinates work in nutrition. She has worked in Uganda, Chad, Niger, Kenya, South Sudan, Burkina Faso, and Ghana.

For more on this story, visit: Op-Eds & Articles: Op-Ed: How to Start a Child Survival Epidemic | Doctors Without Borders.

For more on this story, visit: Op-Eds & Articles: Op-Ed: How to Start a Child Survival Epidemic | Doctors Without Borders.